"Art need no longer be an account of past sensations. It can become the direct organization of more highly evolved sensations. It is a question of producing ourselves, not things that enslave us."
—Guy Debord

Get your brew on. The Third Annual Bootlegger's Bliss will be launched upon an unsuspecting and largely uncaring world on SATYRDAY, NOVEMBER 1st. Information on registration and other event details will be posted soon. 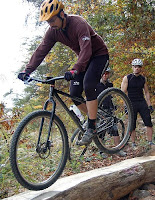 In the meantime, and for the benefit of those unfamiliar with this mid-Atlantic rolla-puh-brewza, I've resurrected below the official Maniblissto from a past post. For a broader understanding of the Bliss, go here.

The history of all hitherto existing cycling events is the history of competitive struggles. Not so with the Bliss.

The Bootlegger's Bliss is a social event, designed to bring together people who share (or are simply curious about) two seemingly disparate passions: homebrewing and mountain biking.

The Bliss is not a race. It does not suffer elitist competition. There are no medals, no podiums, no bragging rights, no prizes. No one's "in it to win it," as the dreadful cliché goes. No one trains for the Bliss. There are no "winners." Or—more precisely—everyone is a winner.

The Bliss is about fun for fun's sake. It is the arrowhead forged in the smithy of the soul, honed in secret, dipped in curare, then trained on the heart of the ogre Boordumb. The lifeblood of the Bliss is participation. There are no spectators; everyone is equally a "criminal" and delights in it. Everyone rides, everyone tastes. Participants are encouraged to front their very best brew, in keeping with the concept of the potlatch, whereby prestige is gained not by amassing coveted property like some plutocratic piggy, but by giving it away.

Leave your money at home. The Bliss is not about commerce—quite the opposite, actually. Aside from the homebrew and homecooking you're asked to bring and share, the Bliss is a free event, generously and officially sponsored by Absolutely No One®. That's the point. From a philosophical perspective, the Bliss was conceived as a small step outside of commerce—a tick in the matted hide of mass-production—and as an appreciation of highly personal craftwork against the backdrop of some sweet singletrack. It's a celebration of use value, that immeasurable quality that fills the soul with a sort of natural, ineffable satisfaction too seldom felt in the cold void, the funereal absence, the blanched banality that clings to exchange value like stench to carrion.

As Raoul Vaneigem put it, "We have a world of pleasures to win, and nothing to lose but boredom."

On a marginally related noted, who the hell knew? Sweet home, my ass.

Oh, and from the makers of Hedonism comes Hoptimus Prime. This double IPA from PA's Legacy Brewing Company is strong, sturdy, and deeply satisfying. A heavy lupulin payload (as the name suggests) produces a strong, grapefruit-rind bitterness through which the malt sweetness barely musters a trickle. If my buds don't decieve me, there's more than a smattering of Simcoe in the mix. Try you some. 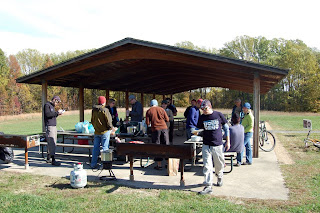 I can't promise anything this year, but I'm certainly going to try and make it down. If not that weekend, we'll definitely be down a few days before Turkey day.

Oh yea, most of the 2008 hop crop should be harvested within the next week or two! You'll probably start seeing a bunch of fresh/wet hopped beers popping up...

Looking forward to hopefully hitting this event this year, now that I actually have some homebrew of my own. Now to start thinking of good food to go with the b33r.

Just say the word if I can help in any way.

Cool, thanks Dave. Might end up out more your way this year.

DT, do what ya can...you remember I almost died laughing at the post-ride conversation last year, and I expect no less this year. Looking forward to the wet-hop offerings.

Nice. Looking forward to it. Just set a batch up for fermantation today. Should be ready by Blissday.

Location set yet? If you are taking votes, mine would be for same as last year.
-arne

Lemme know of any assistance also. I'm totally jazzed for this. My recipe research is on going....

Thanks for the offers of help, gents, but really, nothing left but the drawing, and that's a solo deal.

Arne, we may have a different venue this year, but the idea is still a 10-mile loop of fun terrain within an hour of DC, so no worries there. If not, it'll be at last year's spot. I'll likely make the decision this week.

Thanks for the comments.

Went 2 Sherando Lake this past weekend and met a guy named Aaron and his lady friend,(can't remember her name). She was riding a Seven and I think he was riding a skinner? Anyway, Babycakes and I were hiking sunday and saw two mtbr's that said, they were from n.va. and Babycakes asked if they knew you and they said yeah. Small world.

2D2S, I know 2 Aarons (one is Erin) who bike; could be either one of 'em; one tall and thin, the other less tall and a little more stout.

I'm down to 2 bottles of Speedy's! It will feature prominently at this year's Bliss...dashed liberally on some chili, baby!

The Maniblissto speaks such truth. Let me know if you need any help!

I recently came accross your blog and have been reading along. I thought I would leave my first comment. I dont know what to say except that I have enjoyed reading. Nice blog. I will keep visiting this blog very often. 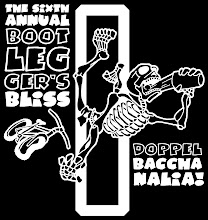